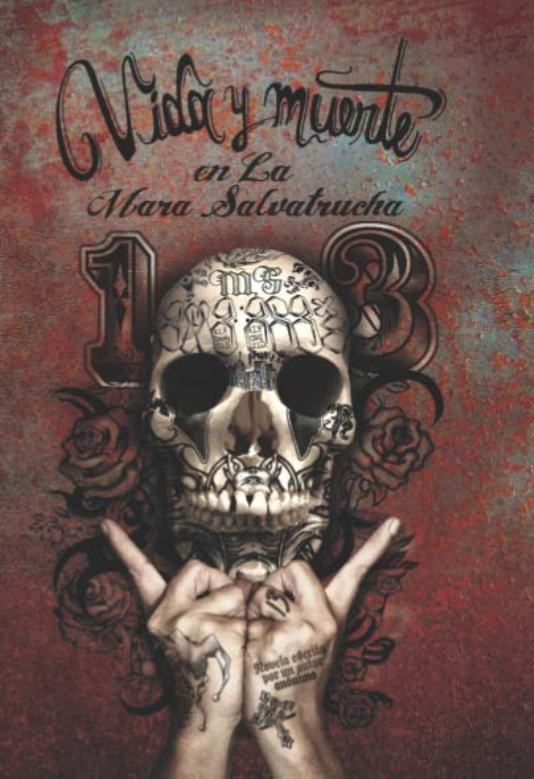 Vida y muerte en la Mara Salvatrucha is a compelling read for students in levels 3 and up. Written by an anonymous author, it provides a glimpse into the life of a young man entrenched in the ranks of the world’s most dangerous gang, the MS-13, or Mara Salvatrucha 13. Far from glorifying gang life, it is a cautionary tale of just how tightly the tentacles of a gang wrap around each member, and how the decision to join a gang eclipses any hope of ever maintaining relationships outside of the gang or leading an independent life.

In addition to our extensive and recently updated Teacher’s Guide, we have decided to collect and share online resources to enhance your students’ experience with this novel and make deeper and more meaningful connections. We hope you will find these resources useful and that you will feel free to share additional resources in the comments.

Many teachers opt to teach about the civil war in El Salvador which was a major impetus to the events leading up to the creation of the MS-13.

Amanda Mora shares how she approaches the beginning of this novel.

“Casas de cartón” This song is present in the film and it relates to the class differences between the wealthy and the poor, elements that lead to the Civil War. This video is a slideshow of images set to the song.

Destiny’s Children: A Legacy of War and Gangs by Donna DeCesare

For chapter 8 and some of the following chapters, you might use the website “Destiny’s Children” as a means of enriching the reading experience. For your knowledge, Destiny’s Children is a documentary in photo and text that focuses on the social effects of civil war in Latin America and how war has contributed to many aspects of the Latino gang culture. The website hosting the documentary work features the personal stories of 4 young people involved in the gangs La Mara Salvatrucha and The Eighteenth Street. In addition to telling these personal stories, the website hosts a wealth of information about Latin American history and organizations that work to aid young people connected with gangs.

In chapter 8 of the novel, the narrator is confronted by his brother Pedro because he is not abiding by the rules of the gang to fulfill his responsibilities. Pedro warns his brother that there will be consequences for him if he stays with Analía at the expense of negating his responsibilities to the gang. Inside the gang MS-13 there is a system by which the leaders will decide to inflict discipline, or ‘give court’ to one of its own members.

In order to view this discipline being carried out in MS-13, you may wish to visit the following link to Destiny’s Children: http://www.destinyschildren.org/#/edgar-intro/ This link will take you to read the personal story of Edgar, a young Salvadoran involved with MS-13. In addition to understanding Edgar’s personal story of how he became involved in the gang, you will see in the second segment that the gang decides to ‘give court’ to one of its own members.

In chapter 9 the narrator is once again confronted by Pedro about his neglect for gang responsibilities. This time he is given an ultimatum and told that he must collect money from Analía’s grandmother or face the consequences. What if the narrator decides that he wants to run away and get some help to leave the gang… is there anyone who is willing to help?

Check out the following link to “Homies Unidos,” an organization dedicated to help prevent violence in communities and aid young people to leave their gang affiliations. The link below will take you and your students directly to the ‘Epiphany Project’ and another link to Homies Unidos’ tattoo removal program. When you are finished reading these pages, you may wish to further explore what Homies Unidos has to offer at-risk youth.

In chapter 10 Gustavo wakes up the narrator to tell him that his brother Pedro was killed in a drive-by shooting. For a deeper understanding of gang-related drive-by shootings you may wish to view the following video link with your students: http://www.youtube.com/watch?v=Qvt4O3qESJ0

In this video Anderson Cooper of CNN interviews the father of a drive-by victim. The father, understanding gangs and how they think and operate, gives great insight into the mindset of gang members. He explains why gangs get their own revenge and why they do not ever go to the police. This video brings up some great point of discussion for students.

In chapter 11 the narrator is drawn back into the gang as he decides to get revenge for Pedro’s killing. Did he have any other options? In the Beyond the Text section of chapter 9 you were introduced to Homies Unidos, an organization that works with gang-involved youth and helps them seek non-gang related outlets to work through their problems. Homies Unidos is not alone in this effort.

In chapter 12 the narrator finds himself in court charged with the murder of a rival 18th Street Gang member. A real-life account of this very same scenario can be found at the following link on the United States’ FBI website. Although the class novel is a fictional account, unfortunately it is based on real-life events.

You may wish to read this article with your students and discuss the futility of using violence and revenge to solve one’s problems. If gangs continue to commit revenge killings for the murder of their members, when will the violence ever stop?

In chapter 13 the narrator gets sentenced to life in prison. In the United States and abroad there are many gang members incarcerated for their crimes. For many, their gang affiliations go with them and cause major problems inside the prison system.   For more information on this topic, you may wish to check out the following link from MSNBC News and share it with your students.

In chapter 14 the narrator talks about his friends from the gang. He says that once he went to prison, they abandoned him. This brings up the question of whether or not they really ever had a true friendship if they simply abandoned him in his time of need. For a real-life account of how some MS-13 members treated their ‘friend’ in the gang, you may wish to check out the following link to an article and video from CBS News.

This piece describes the story of Brenda Paz, an MS-13 member who was murdered by her ‘friends’ when she wanted to leave the gang and then became a police informant. If you choose to use this article in class, please preview the text as it does contain details about the murder that may not be suitable for your students. You may wish to simply summarize the story for a discussion on the meaning of true friendship.